Back to Te Anau

We had most of the day free before we had to drive back to Te Anau, so Beth pored over the tourist guide, earmarking the “short walks” page. First, we followed the City Centre signs and parked near a heroic statue in the median. We walked all around downtown, which wasn’t exactly run-down, but it also wasn’t attractive.

Downtown Invercargill has a lot of shops, and some of them may be interesting, but we’ll never know because their owners really don’t care whether you come in or not. We’ve never seen a town that paid less attention to display windows, signage and curb appeal — it was just ugly.

We tried to walk along the Waihopai River, but it was brown and sluggish, with mucky banks. A wooden bridge was closed, and two herons sat on its rails, mocking us from across the barrier.

Our trusty National Geographic Traveler guide to New Zealand had told us Queens Park was the main tourist attraction, so we gave up and went there. We spent two hours walking its paths, visiting the rose garden, a Japanese garden, a New Zealand garden, and a subantarctic garden with plants taken from the five chilly islands in the sea between New Zealand and Antarctica.

There was a playground that had a lot of cool and novel  structures, and an enclosure for red deer, which were brought from Britain in the 1860s but became a pest and had to be controlled.

Our favorite part was the aviary, and our favorite bird was the peach-faced lovebird, which sat in threesomes on a twig perch, rubbing necks. The noisiest and most colorful was the rainbow lorikeet, which even the interpretive sign called “gaudy.” There were even kea, and the sign said the best place to see them was Fiordland National Park, “especially the Homer Tunnel.” 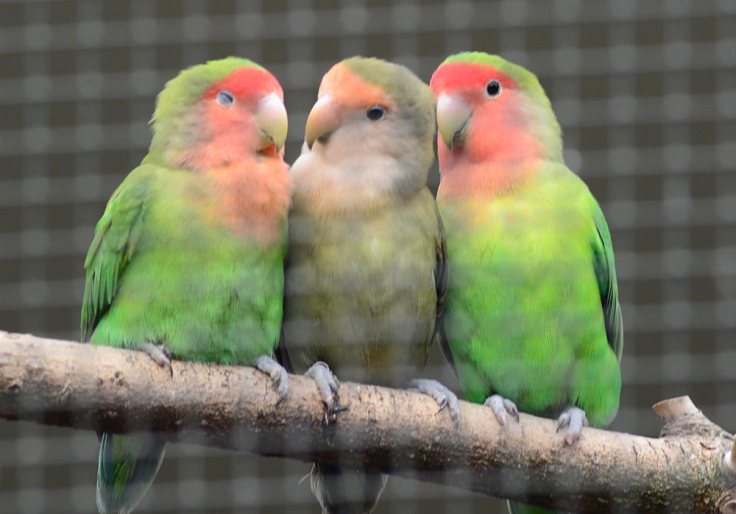 The Southland Museum & Art Gallery is on the south side of the park, and inside, we picked up a copy of the Southland Times and saw that a local man had just broken the world sheep-shearing record for the most ewes shorn in eight hours — 605. That’s one every 45 seconds, with at least 3 kilos of wool per sheep, and some of the ewes were twisting and kicking. Wow!

Then we drove back to Te Anau and checked back into the Anchorage. A dejected couple was sitting in its lobby while the manager tried, unsuccessfully, to find a vacancy in Te Anau. In New Zealand, always book in advance.

We spent the rest of the day catching up and getting ready for our kayaking trip in Doubtful Sound.

One thought on “Back to Te Anau”